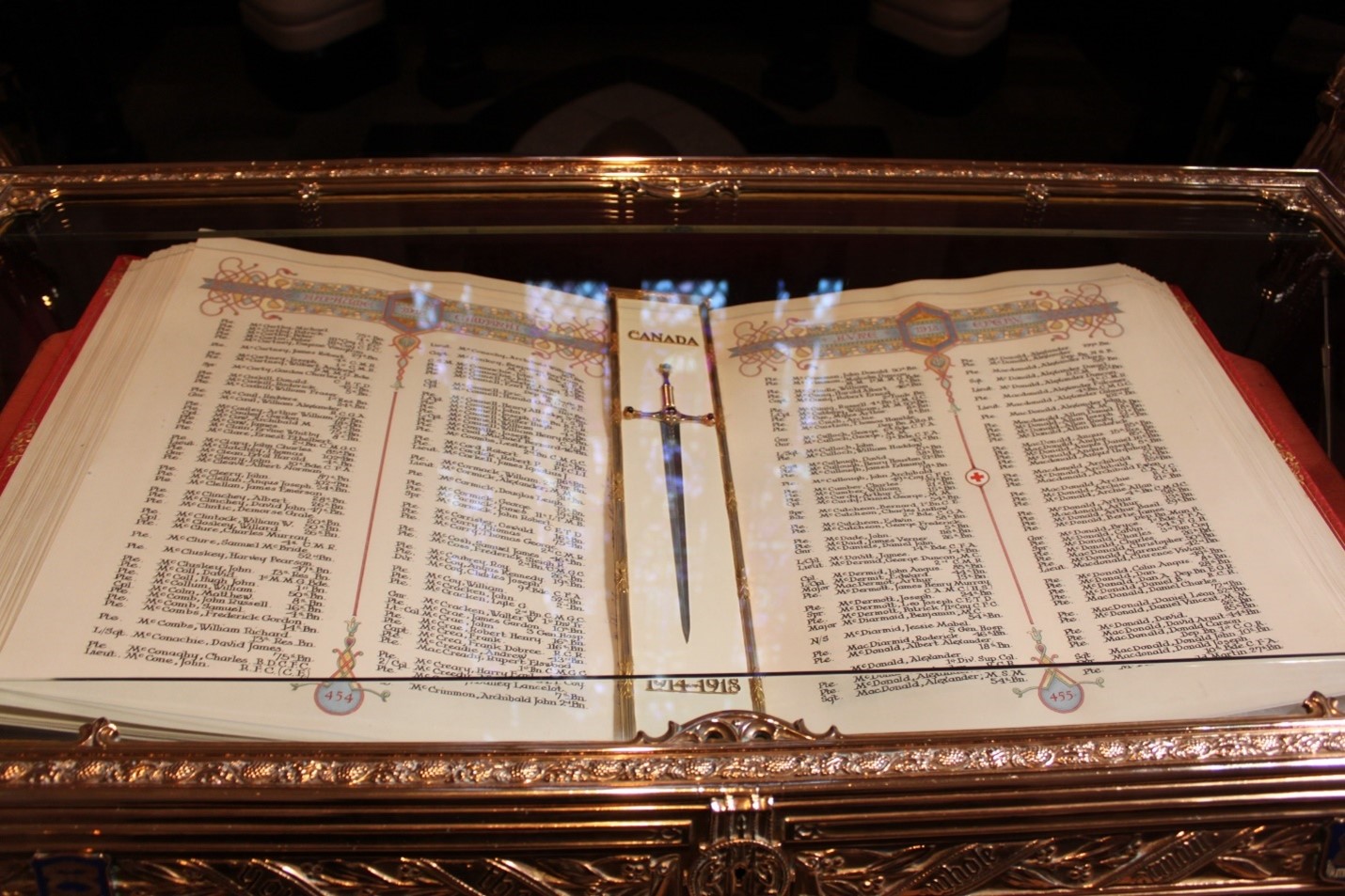 A Page In History

Did you know that the names of more than 120,000 Canadians who have given their lives in the service of our country are listed in eight Books of Remembrance?

The names of our war dead were originally going to be engraved on the walls of the Memorial Chamber in the Peace Tower of Parliament.  When it became clear that there would never be enough space, the idea of a Book of Remembrance was conceived.

The first book, completed in 1942, was 10 inches thick and weighed 68 pounds.  In 1959, it was split when the original binding needed to be replaced.  Smaller volumes were then created under several titles.

These eight books hold the names under the titles, ‘War of 1812’, ‘South African War/Nile Expedition’, ‘Newfoundland’, ‘Korean War’, Merchant Navy and ‘In The Service of Canada’.

Newfoundland’s war dead prior to Confederation were included in a special book when they joined Canada in 1949.

The Merchant Navy book was added decades after the Second World War when the deadly and heroic service of the Merchant Navy was finally recognized as war service.  Of the 12,000 merchant mariners who volunteered, more than 1,600 died for their country.

The books are viewable by the public and reside on Parliament Hill.  Each morning, the House of Commons security services hold a solemn white-glove page-turning ceremony to ensure that each fallen Canadian listed is recognized each year.

You can visit www.veterans.gc.ca/eng/remembrance/memorials/books/search to search for the name of a particular fallen Canadian.  Once you locate a name, you can view the page online, order a copy for your family archives and see when that page will appear in the page-turning ceremony.  Try searching for a lost relative.

If you have lost an immediate family member who is listed in the books, you may arrange a special private viewing of a specific page.  You may also be present for the page-turning ceremony.